LinkedIn published an update during August 2019, describing how it is successfully fighting against fake profiles on the network. Between January and June 2019, it took action against 21.6 million fake LinkedIn profiles, preventing 19.5 million fake accounts from being created at registration and restricting two million fake accounts before members reported them and 67,000 following member reports (linkedin.com).

For some groups and companies, the fake profiles they created become the way they earn money. They are scraping our profiles and selling that data to other companies, who are using our data for talent mapping or to create a list of people to target with business proposal and investments.

Fake profiles are always going to be part of any network or social site because they are a good way for some people to earn money and for others to get information about competitors or from the market. You can learn how to spot them, but they are not going to disappear.

I performed various tests over the past twelve months, and here are the top reasons why fake LinkedIn profiles exist and why they are not going to disappear anytime soon.

Some people are looking for easy ways to grow their networks quickly or get endorsements that give them credibility. That is why it is so easy to buy fake connections for likes or endorsements. People are buying fake likes to appear as influencers, and that’s why websites offer fake connections and fake likes. Where there is demand, there is supply.

I don’t recommend buying fake connections because LinkedIn could block your profile.

Fake profiles also share the same old scam messages that we all know, such as the Nigerian Letter or the “419” scam. Users receive a message stating that the sender has an “offer” for them or that they won something and need to contact the sender for instructions on how to collect their prize (usually money).

Your LinkedIn profile has incredible value—even more than you realize. We all are providing free data to LinkedIn and they are turning our data into money through the many services it offers to its customers. However, there are also companies that specialize in scraping LinkedIn profiles so that they can resell the data to other companies.

When you accept a fake LinkedIn connection, you are giving that profile access to your entire LinkedIn profile. Those fake connections (robots) visit your profile once a quarter to see if you made some updates, changed positions, and more. If you did, then they will update their databases. Even some of those Chrome plugins that you are using doing that and you help them to scrape LinkedIn.

That data is sold to other companies as, for example, resume databases or lists of managers that they can target with investment offers. The companies offering investments are often in offshore locations, and they use the data to target “customers” more effectively. If you saw the movie Boiler Room, then you have an idea of how this system works.

There are a number of cases in which the people behind fake profiles are posing as recruiters from well-known companies and offering jobs to candidates. If a candidate is interested in the job offer, the scammers “interview’ the candidate to create the illusion that everything is legit. When the candidate accepts the role, the scammers ask for a deposit for the phone and laptop that will supposedly be sent to the candidate.

Sadly, those scammers are using more of these tricks like asking for a bribe to present the candidate’s application to the hiring manager. And collect money from desperate job seekers looking for a job.

There are many cases in which recruitment agencies create fake profiles on LinkedIn to pose as other candidates. They are trying to get information from companies about how much they are paying their people or information from their competitors about their clients. They use their fake profiles to get the names of competing agencies’ customers and the salaries they offer.

Sometimes, it’s easy to find who the companies are behind the fake profiles. They don’t realize that when they are exposed, they could hurt their brand a lot. They think it’s worth the risk.

I found that some companies are creating fake LinkedIn profiles so they can pose as candidates and connect with other candidates with the same position or with those who are from the same field. They tried to find their contact details or offer them their service. If you are a developer, for example, you are more likely to accept a LinkedIn connection request from other developers than with recruiters. Some companies, therefore, pose as developers and offer other developers access to their platform where they can search for a job.

One company that copied my article used their fake profile to pose as a certain company’s HR rep, but that HR person didn’t exist. I found out later that three people from that company operated the profile, and they were reaching candidates through it.

LinkedIn is a great site for identity theft. You can get the email address of the target and their birthday, and if the scammer poses as a friend and chats with the target, the scammer can get some extra information that they can use to hack into your account or pose as you.

9. Recruit Spies and Get Secrets

Spy agencies all over the world are using LinkedIn to connect with their targets for various reasons. A recent New York Times article mentioned how Chinese agents are contacting thousands of foreign citizens, including former government officials, using LinkedIn.

If you are a sourcer or recruiter, then you know how easy is to find people with top-level clearance on LinkedIn. People that have that type of clearance publicly share that fact, making it easy for spy agencies to target those individuals.

One of the reasons for those profiles is to perform various tests. The only way how to find out how candidates and other recruiters are working is through tests. Those tests sometimes require a few profiles to see if recruiters take the same approach in various locations or not.

I am not saying this is the right way to collect data, but I understand it, especially when the profiles are removed after the test is done and when the test is not done with the intention to harm anybody.

LinkedIn provides an illusion of trustworthiness. When you see an invitation request from a manager from a brand you know and recognize, you don’t immediately think that behind that profile is a scammer waiting when you hit the “Accept” button.

Many LinkedIn users accept invitations from strangers to expand their networks quickly. Network expansion has turned into Pokémon game where you need to catch them all, which is also part of the problem. When your friend sees that the person who sent them an invitation is connected to you, they think that this connection is legit.

LinkedIn will be trying to stop those fake profiles in the future, but they will never block all of them. Even if it lets companies verify their employees and flag those are not their employees, those things could be overcome by adding a dot or space behind the company name. That’s also why people who claim they work for XY company don’t have the company logo on their profiles. And this is just one of the tricks that scammers use.

Fake LinkedIn profiles are not going to disappear overnight. It’s great that LinkedIn is trying to stop them, but we all need to be part of the solution. We should be cautious when we receive requests from strangers.

You should look hard at every connection request. Trust, but verify! 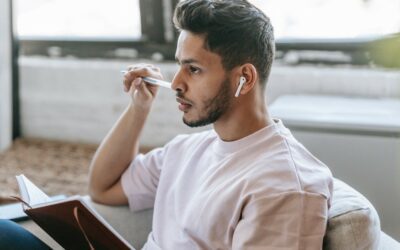 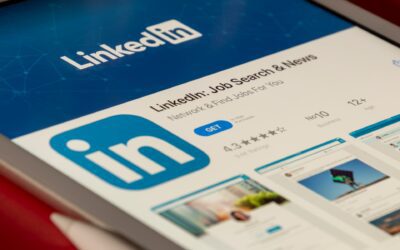