The First Recruiter in the World

Many people think that recruitment is a relatively new field and that the recruiter’s position is quite a new job role on the market. But recruitment is not such a modern industry, the first recruitment activities and techniques originate from ancient Egyptian and Roman times. Information about the first “recruiters” comes from around 55 BC, when the first referral program was also born.

Julius Caesar offered three hundred Sestertii to any soldier recruiting another soldier to the Roman army. The payment represented 30% of a soldier’s yearly salary and is significantly higher than modern day agency fees; it was even payable within the first three months after the death of the new solider. This was probably the first referral program in the world, and soldiers became the first “recruiters”.

And military activities always played a role in recruitment. One of the first recruitment poster that I found, looked like this.

The “modern” recruitment field started in the 1940s as a result of the Second World War. When the army needed men to fight abroad, their jobs at home needed to be filled, so the first employment agencies were established to recruit people to fill the open vacancies at home. After the war they started helping veterans to find jobs and also helped them to write their resumes.

After the Second World War, the main job of the recruiter was to help candidates to find a job and resume writing also become standard practice. But in 1970 when the US economy started growing, recruiters started helping companies to find the right people as the companies started to outsource their recruitment activities to recruitment agencies.

One of the oldest references to a public employment agency was in 1650, when Henry Robinson proposed an “Office of Addresses and Encounters” that would link employers to workers. The British Parliament rejected the proposal, but he himself opened such a business, which was short-lived. (source: wiki)

Active candidates often found jobs via bulletin boards, and in local or national newspapers where job offerings and job adverts were posted. Personal recommendation and word-of-mouth referrals were also featured. Passive candidates were found through databases full of paper resumes in physical archives. The most advanced tool for the recruiters in that era was the classic telephone (land line); interviews were mostly face-to-face meetings in the office or in bars/restaurants. Due to the difficulty of job searches in that era, most candidates spent their whole career with one single company.

In 1847, English mathematician George Boole published his “The Mathematical Analysis of Logic “where he mentioned concepts of Boolean algebra. The term “Boolean“, often encountered when doing searches on the Internet and refers to a system of logical thought developed by him.

Computers in companies started playing a bigger role, also the first new application tracking systems starting to emerge and companies started tracking and organizing candidates electronically. For recruiters the distribution channels were almost the same as in the pre-computer era.

When the Internet started to become popular, candidates could search for jobs online. Companies started to publish online career pages and many new job boards appeared on the Internet. Job boards like CareerBuilder.com which was founded in 1995 started offering employment opportunities on the Web. In the Czech Republic the first site was jobs.cz (1996).

If you like discovering history you can visit Wayback Machine and to see what the first job boards looked like.

Without a doubt the Internet significantly changed the recruitment market and this was the time that recruiters started using online job advertising and online databases. They still used newspapers, but in that era recruitment started to become e-recruitment. Finding a new job became easier and because all jobs were accessible on the web to everybody, people started changing jobs and moving from city to city more than in previous years.

Usually the first contact with the candidates was via email and after that, via the phone and face to face.

After the Y2K Era

Candidates started applying more and more through the Internet, and job boards also became the recruiters’ preferred tool, where they posted their ads and had access to a database of resumes.

Recruitment became more about networking; social sites and company brands started playing a more prominent role on internet. Recruiters could use tools like LinkedIn, which gave easy access to millions of professionals across the globe, and personal brands started playing a bigger role. This was also the time when job aggregators emerged. In 2004 one of the first job aggregators Indeed was established. This created a new source where candidates could start searching for jobs without needing to check every company career page, and companies became visible to a broader audience.

Around the years 2013-14, job boards stopped being the right source for attracting the right talent. And because most recruiters are networking geeks, living constantly on social media, they started using social media to broadcast jobs to potential candidates, also through personal networks such as Twitter and Facebook. All of these activities on social networks help companies and agencies to target passive candidates better than in previous years.

What will recruitment look like in five or ten years?

Well, I don’t have any crystal ball or time machine, but I hope it will still be about people, with companies/agencies changing their approach to treat people more like customers than merchandise.

Modern recruiters make the company’s talent brand come to life through the candidate’s experience and interactions with them! – Jennifer McClure, Unbridled Talent

Recruitment will be also more mobile, candidates are already going mobile and recent research suggests that people spend up to two hours per day on their mobile phones. Companies and recruitment agencies will need to embrace this new trend and start changing their websites and application forms so that people can apply through their mobile phones easily. Because Generation Z is already here and they are already changing the outdated recruitment process, every company/agency needs to be ready for new things and not to be afraid to evolve.

Networking and social media is going to play a major role in future recruitment. Employers are going to share more content via social media and communicate with both active and passive candidates. Cooperation with candidates will be more about creating communities and fans of the brand. It will also be about personal brands of people from the companies, because these active people are going to attract more candidates than before. It will be an era of real people and real stories. The era of brand ambassadors will play a major role in the future of recruitment and if companies want to succeed they need to engage with all of their employees.

In recruitment, you always need to think one step ahead, because if you are not preparing to start hiring a new generation of employees now, it will cost you money and precious time in the future to beat your competitors. The recruitment sector has massively evolved over the past few years and it’s still changing every year, it’s important more than ever to find a way to adapt successfully. Don’t stick to copying what is working for others, keep trying new things.

Darwin was right – if you want to survive, you need to evolve. Happy evolving. 🙂 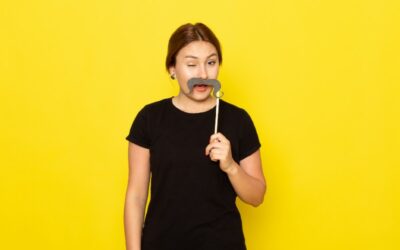