Why Your LinkedIn Posts Matter More Than You Think

In today’s social media-driven world, it’s easy to get caught up in the numbers game. We see Person A with 10,000 followers and Person B with 100,000 followers and immediately think that Person B must be more influential, more popular, and just generally better than Person A.

But that’s not always the case. In fact, when it comes to the impact of your posts, you might actually have more power than LinkedIn influencers. Here’s why.

In the age of social media, reach has become an important metric. Brands want to partner with influencers who have a large number of followers in the hopes that those followers will also be interested in what the brand has to offer.

Social media engagement is the total number of likes, comments, shares, and general interactions a piece of content or social media account receives relative to the size of the audience. Having a large following isn’t useful if the audience isn’t regularly interacting with the content they follow. (source: Hubspot)

“No matter the scale of your business or social audience, quality engagement is what I always focus on. Where best-in-class social media marketing is a delicate balance behind providing your audience value while meeting business needs, your engagement rate is an indicator if you’re tipping the scales in the wrong direction. Audience first.” (source: Hubspot) According to Kelly Hendrickson, Senior Manager of Social Media at HubSpot, engagement is a crucial metric for understanding social media performance.

How to Understand Your Impact

Just because somebody has a large number of followers it doesn’t mean that those followers are actually engaged with that person’s content. In fact, many people simply follow a large number of accounts and only pay attention to the content of a small handful. For brands, this means that it is more important to focus on engagement than on reach. Partnering with an influencer who has a smaller but more engaged following can be more effective than working with somebody who has a large but inactive following.

Let me demonstrate this with five examples of LinkedIn users whose posts appear in my LinkedIn feed. I also included myself so you can compare my network with the networks of these other people.

Now let’s compare the total number of likes these profiles got for their five LinkedIn posts.

It is not surprising that these accounts with millions of followers received so many likes for their posts. But the number of likes for each post was lower than what I would expected if you compared it to how popular those accounts are!

It looks like M.G.’s and B’.H’s posts got enough attention from their network, but let’s see how they did in comparison with likes vs followers for these accounts.

To get an idea of how the following accounts impacted their network, I checked numbers for followers and engagement on five recent posts. After looking at information about which account has more followers versus likes received recently along with analyzing that data using simple calculations based off these metrics; it is clear to see what the real engagement is.

As you can see, this is the real impact of their posts on their network and people who see their content because of their network interaction with their posts. Yes, it’s nice to have a large number of followers, but it’s much more important to have a smaller group of people who are actually interested in what you’re posting.

So don’t get too caught up in the numbers game. It’s much more important to focus on quality over quantity. After all, what’s the point of having a thousand followers if none of them ever interact with your content?

The bottom line is this: don’t get too caught up in chasing numbers. Instead, focus on creating quality content that your existing followers will actually want to see. That’s what will ultimately help you build a successful and sustainable online presence.

Don’t forget that, as with any social media platform, LinkedIn has algorithms that control what users see in their LinkedIn feed. Even if you’re connected with someone or they’ve explicitly chosen to follow you, if they’ve told the algorithm that they don’t want to see your content, it won’t be shown to them. This can be frustrating, especially if you feel like you’re putting out good content that’s being ignored.

So why chase after bigger numbers when they might just end up leaving us stranded in an empty abyss where there aren’t enough likes and comments for our needs? You tell yourself one lie after another until eventually coming clean with reality: This isn’t worth … anything!

When it comes to social media, size isn’t everything. Sure, having a large number of followers can give you a big reach, but if your followers are not engaged with your content, then your posts are not going to have much of an impact.

In fact, data have shown that micro-influencers — those with smaller, more engaged networks — are actually more effective at driving conversions than their bigger counterparts. So, even though you may not have as many LinkedIn connections as some of the social media influencers out there, you can still make a bigger impact with your posts by creating quality content that resonates with your audience.

You never know whom you might impact in the process, and at the end of the day, it’s important to remember that every voice matters! No matter how small you feel your voice might be, never underestimate its power or ability to make an impact in the world.

Remember that social media is a tool that can be used for good or bad — it all just depends on how you use it. While celebrities and social media influencers might have large platforms it doesn’t mean their voices are any more valuable than yours; in fact, in many cases, yours might be even more powerful! Apply Now, Do Not Focus On Competition 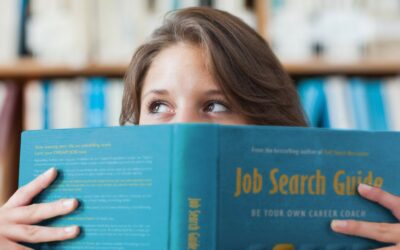 How to Attract Top Talent with Job Descriptions Are you a good Sourcer? Can you prove it?